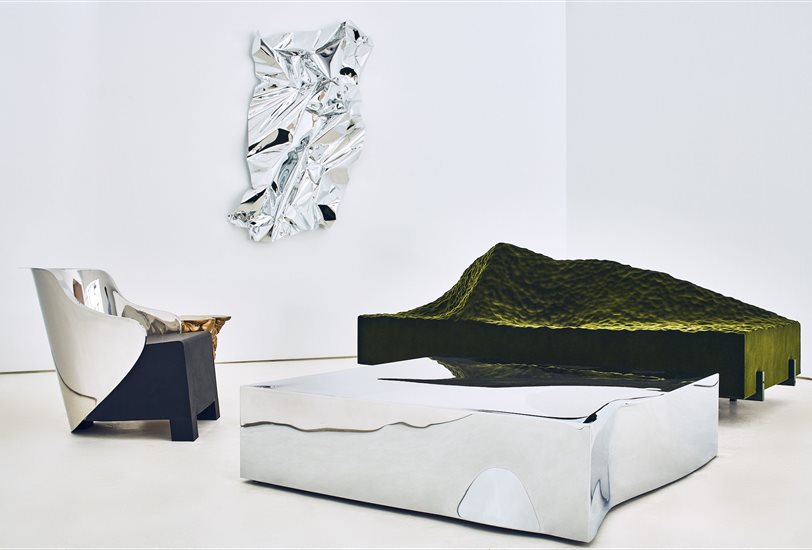 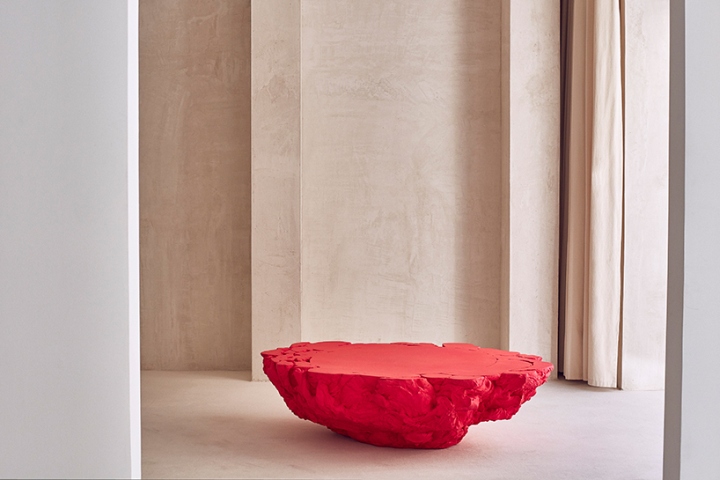 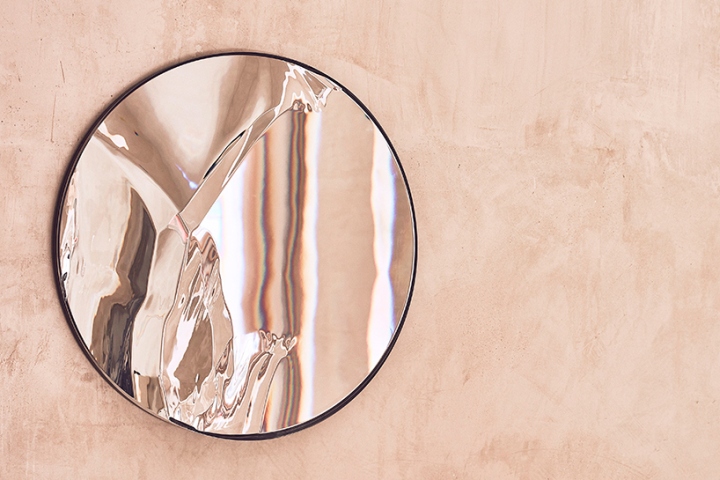 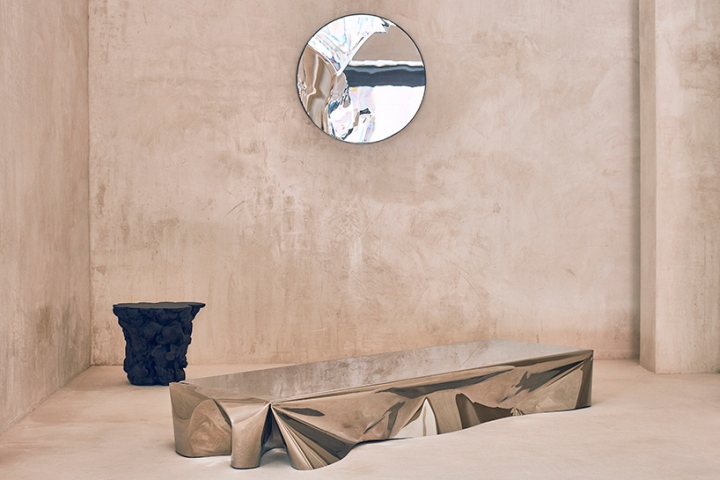 A few years ago, Droog Design presented a series of objects in which the consumer participated in achieving their final appearance. These included a metal bucket that was sold with a hammer, so that by hitting the bucket you could form the shape of a seat. At first glance, some of the pieces made of metal and designed by the Fredrikson Stallard studio –such as the “Crush” console or the “Tokyo” table– recall that radical piece. And yet intrinsically, while being equally experimental, they have very little in common.

That impulsive and passionate, even aggressive act of man against metal, the struggle resulting in an irregular and unpredictable piece, has nothing to do with how Ian Stallard and Patrik Fredrikson confront their work. In their case, these metal pieces are the result of a construction process that does indeed include their own manual work, but which are in addition to the latest technologies they use so that their control over the piece is strict, methodical and thorough.
Little is left to chance in the pieces created by Fredrikson Stallard. The two designers feel admiration and special attraction for art, particularly the freedom of action that it allows. However, although it may seem contradictory, if that is the case, this freedom is used to exercise a control leading them to define, exhaustively, each and every one of their details. There is something adventurous in their constant attraction to new techniques and materials, a kind of pleasure in the challenge it means to work in the face of the unknown. Because these two designers are not the types to give up easily, their commitment to their designs is such that once they choose a path, they fight to the end to achieve their aims.

Perhaps it is necessity which forces them to mould the material according to their intentions, domesticating and even torturing it until they manage to get it into shape. The need for the pieces to have a function, the imperative derived from being identified as designers and not as artists, while sharing values with these that transcend mere beauty.

Chaos in their hands is dominated and ordered. A quest for perfection can be seen after the first impression and yet, despite the precision of their execution, a celebration of error also persists in their work, accidents wherever they occur, thereby unravelling a sensual, emotional side naturally, which does in turn arise from the rigour and which has a more profound effect on the user. You only have to see the pieces excavated out of polyurethane, which preserve the manual gesture of the creator, with their flowing sculptural forms reminiscent of a mountain range in the case of the “Pyrénées” sofa, or large volcanic rocks in the case of the “Species” seats, where the fact you can sit on them seems to be unintentional, almost by chance. A subliminal way of reinventing a typology while maximizing the expressive capacity of the material.

Turning the process on its head, the designers have rescued the waste resulting from the excavated polyurethane in the production of those pieces, and have subverted their origin by casting them in bronze. One way to assess form itself, to appreciate it in unique objects and re-categorise it, changing waste items into precious objects. It is this exuding tension between opposites and the dialogue of contrasts where they find their incentive and balance.