In Search of the Unknown 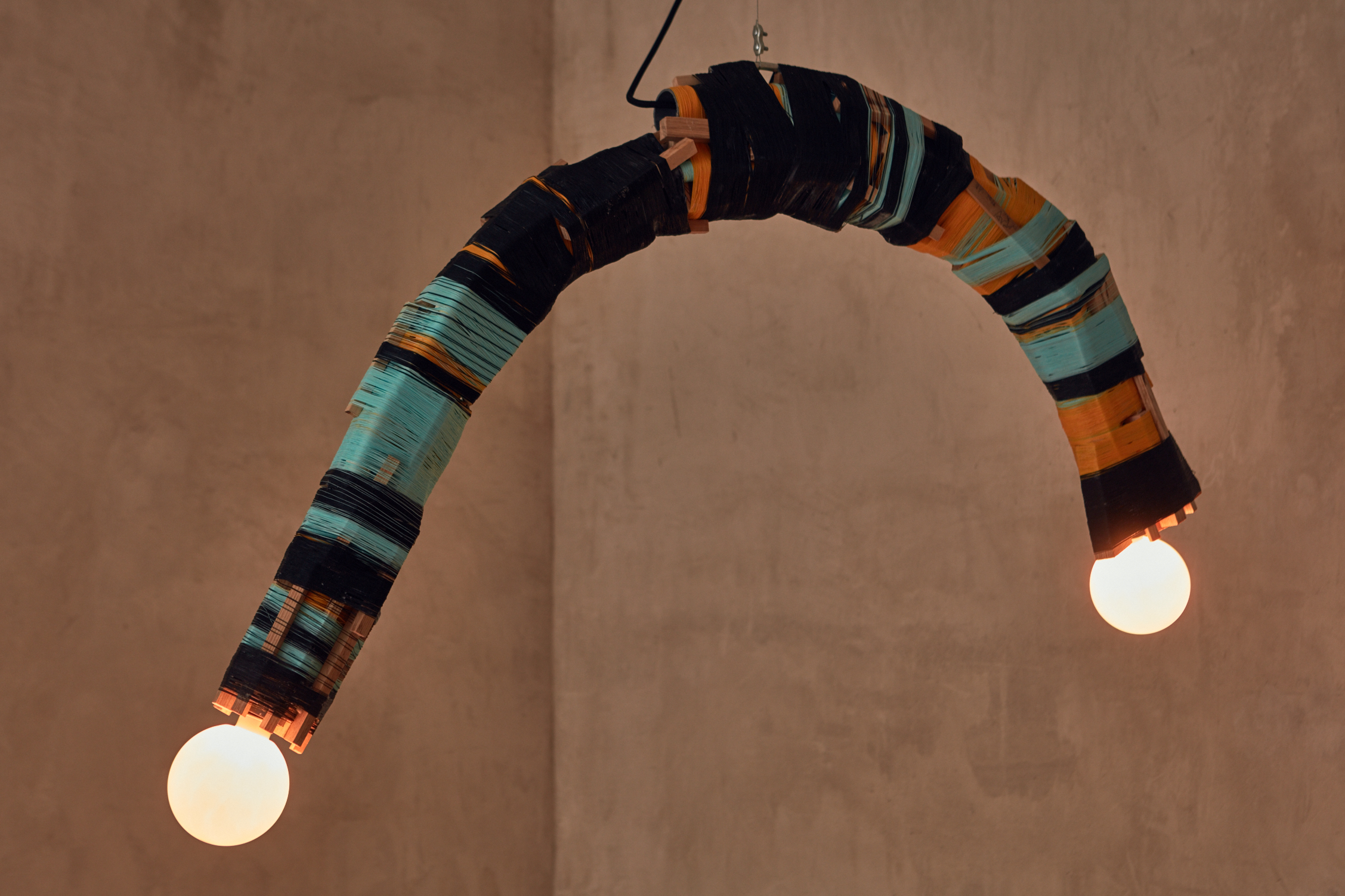 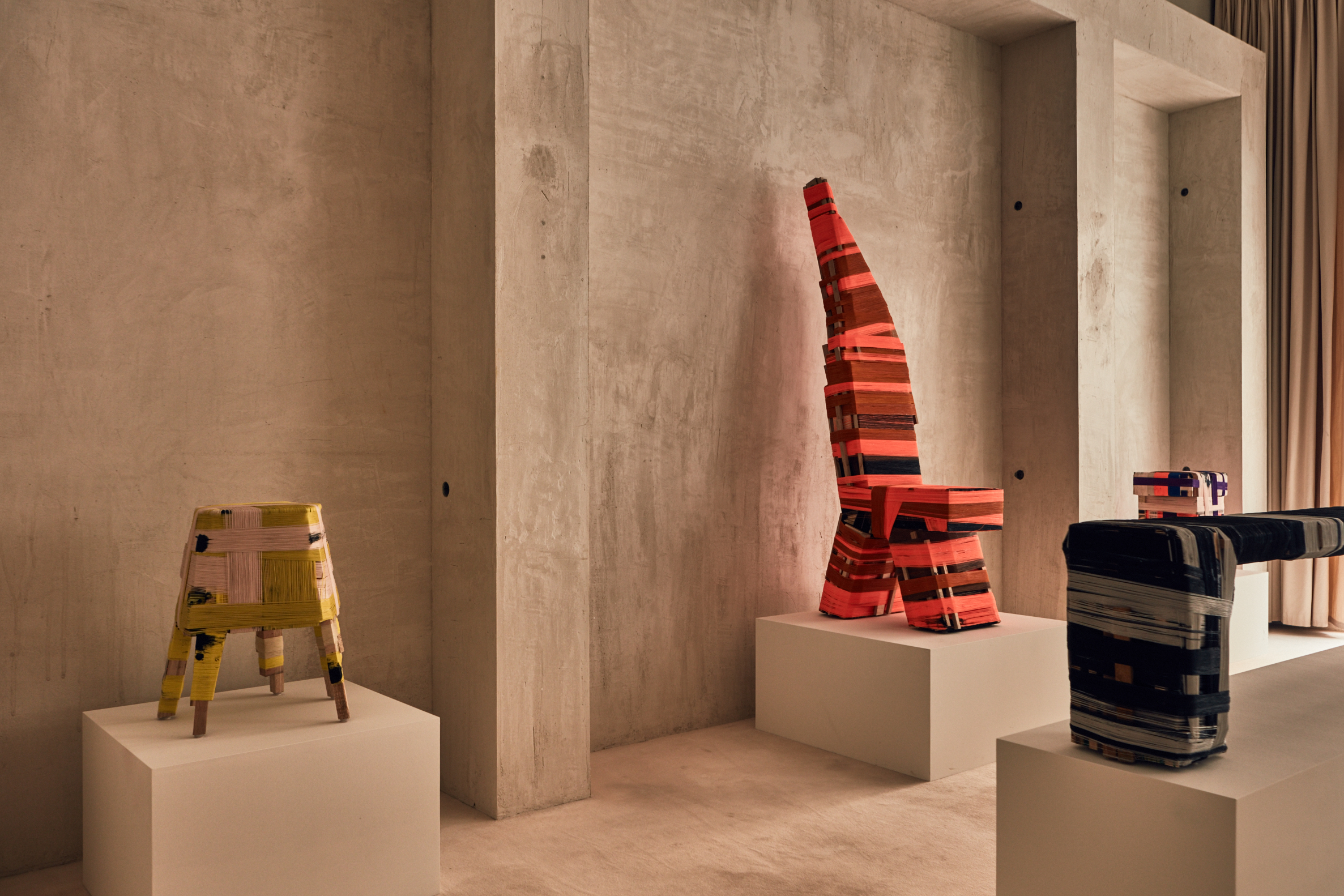 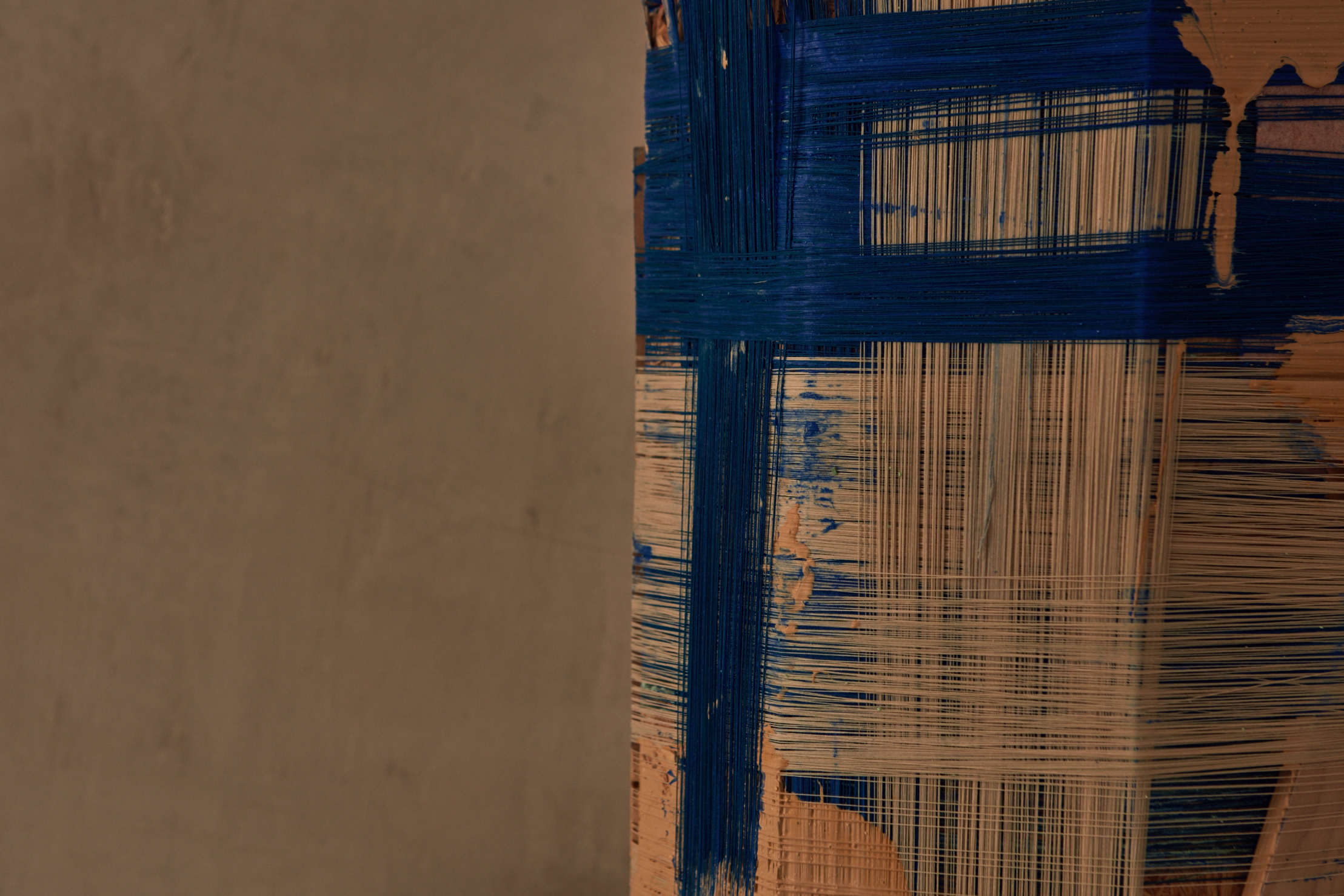 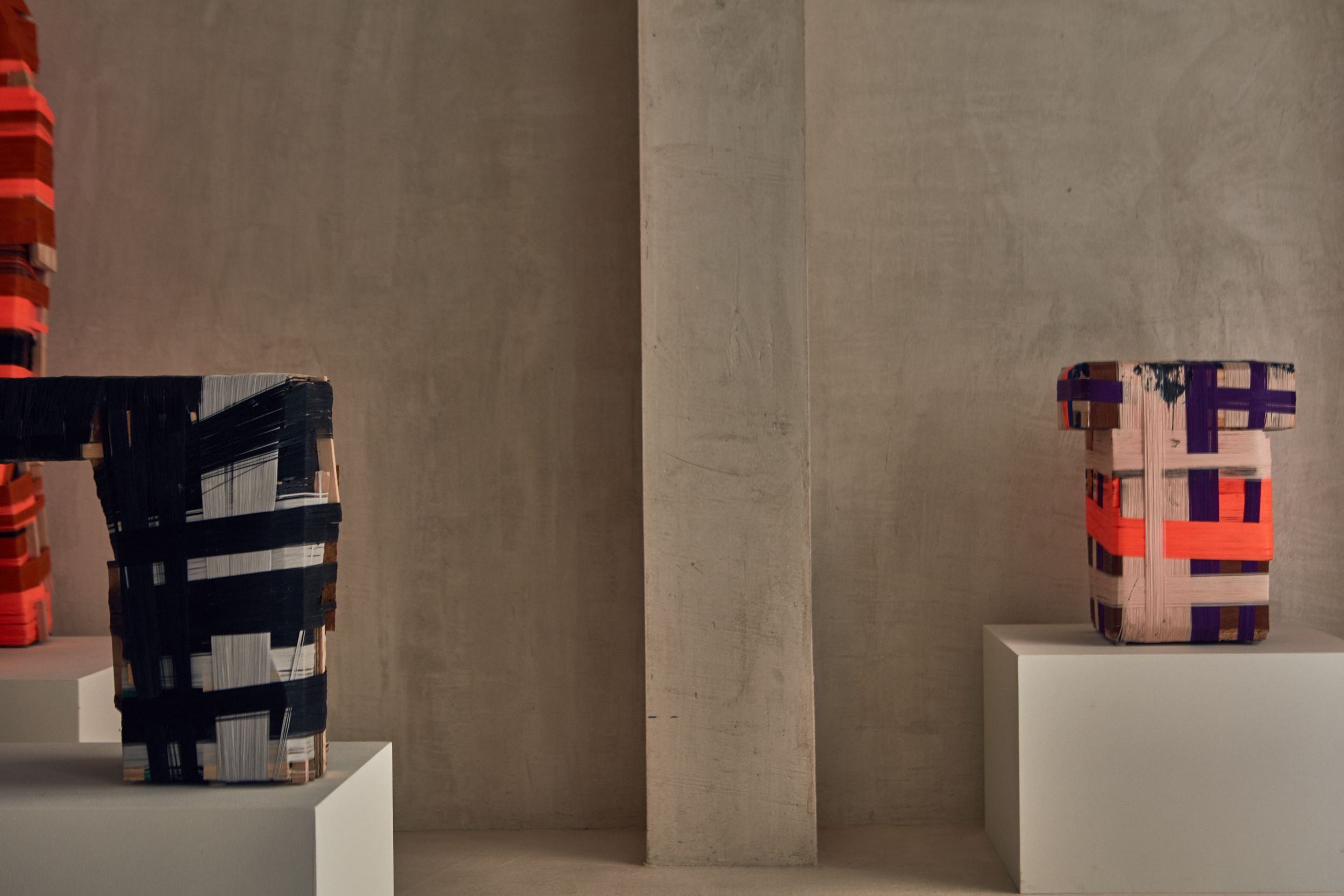 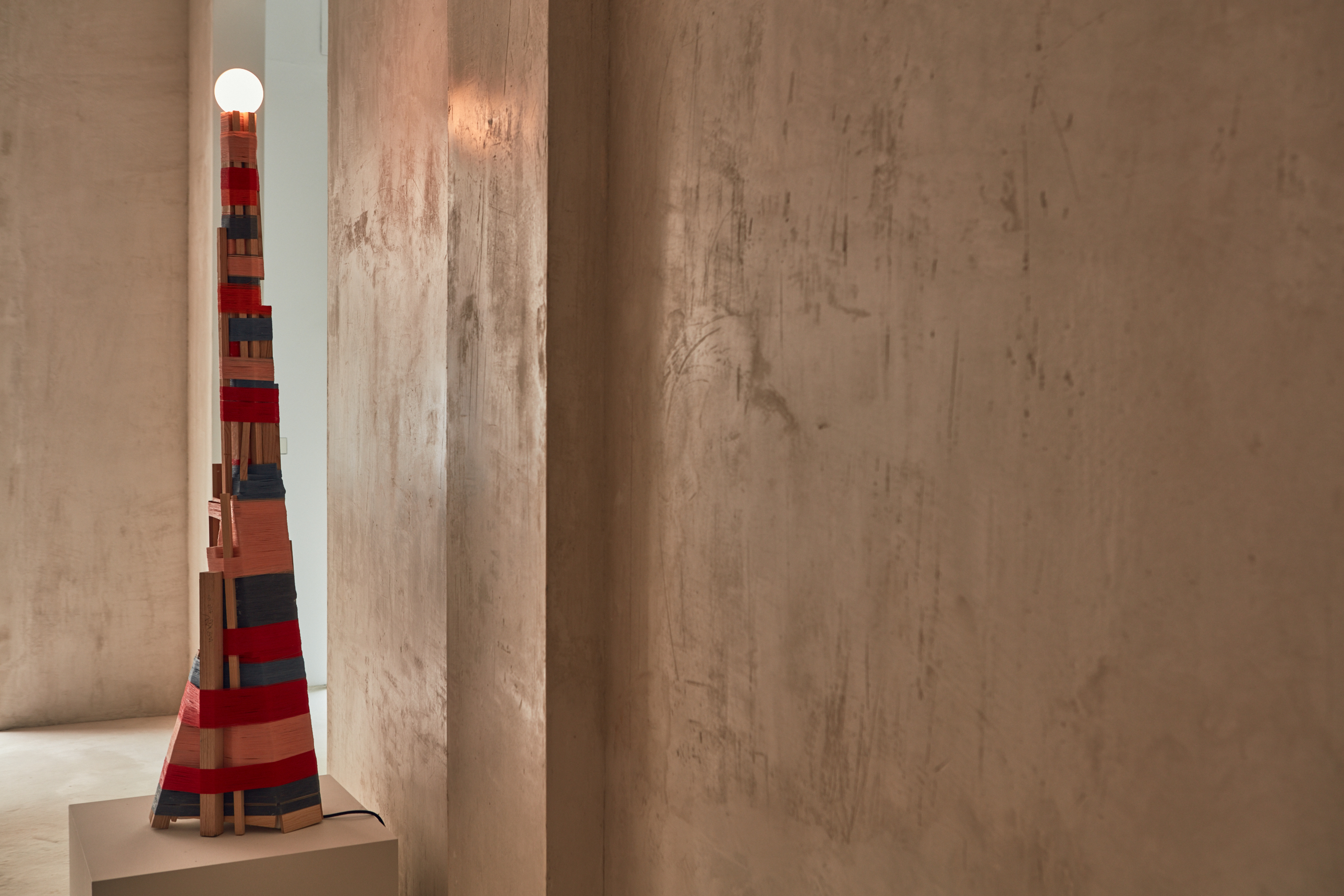 During the last years it has arised a generation of designers who are more interested in designing the production process, the working tool itself, than the objects that result from it. Anton Alvarez is one of them. The designer started creating the Thread Wrapping Machine, a tool that joins different types of material such as wood, steel, or plastic with only a glue-coated thread to bind the objects. Therefore, no screws or nails are used to join the different components of the furniture. It is very interesting that it was particularly this designer, who began studying cabinetmaking, who had thought in this working method which rises many questions about his profession, at a time when crafts are back in the world of contemporary design. The designer subverts the traditional carpentry’s method, replacing the piece’s internal structure by an external one, as kind of exoskeleton that holds it together but also provides the decorative element as it is in it where lies the color, the texture and the drawing that characterizes each piece.

The most interesting part of the process planned by Anton Alvarez is perhaps the way in which the designer and the machine interact. The designer starts with an idea that has been already more or less processed. He decides, for example, the colors he is going to use or the wood he wants to join, but once the process starts, is the machine that interacts with him and decisions are taken along the way, spontaneusly, in a way that it is difficult to know what will happen. The final object is always unpredictable and a result from the dialogue established with the machine. It is only in the act of manufacture it is patent the act of design. And it is actually in that expectation, that uncertainty, the fact of not making two identical objects and that the designer doesn´t have absolute control of the machine -or that being able to have it pampers in letting go by it-, where lives the dilemma that concerns the rol of the designer in contemporary design.

More reciently, Anton Alvarez has designed another machine, The Extruder, in this occasion to work with ceramic. In this case the system consists in pressing the clay into one end of the machine and collecting the remaining part from the other end. With this project the designer is being pushed away from the machine and he gives some autonomy to it that was never gift in the previous case. Before his physical presence was essential in order to direct the manufacture process but now it loses importance. He is pleased even allowing the intervention from other people handle the machine in his absence. This project contrasts with another one called Puzzling that consists on the objets´elaboration from a small identic wood modules, industrially produced but hand maded, multiplied constantly. The modules are designed in a way to be joined without glue, and made posible by human hands to combine into eternal repetition. It is a kind of a contradiction between the industrial part and the hand-maded one that it’s once again shown in the work of this designer, producing some questions about what design and our relationship with the objects mean.